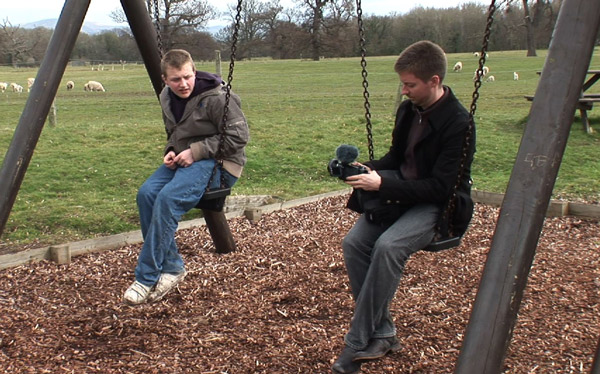 Director/ producer Ian Thomas Ash has teamed up with producer/ cameraman Colin O’Neill for “Jake, not finished yet”. Joining them on the crew is newcomer Jake Caswell, the subject from the title, who along with co-directing also serves as second camera. Ian helps direct Jake as he directs his own story. Formerly the subject in Ian’s documentary, “the ballad of vicki and jake”, about him and his mother, Vicki, Jake now turns his camera on Ian and Colin. Once again the filmmakers are intertwined in a story that blurs the boundaries between filmmaker and subject.

While Jake and Ian are connected through Vicki, their bond becomes stronger when Ian experiences another great loss. Captured with three cameras and three points-of-view, this is the story of two mothers and two sons whose chance meeting seven years earlier changes their lives forever.