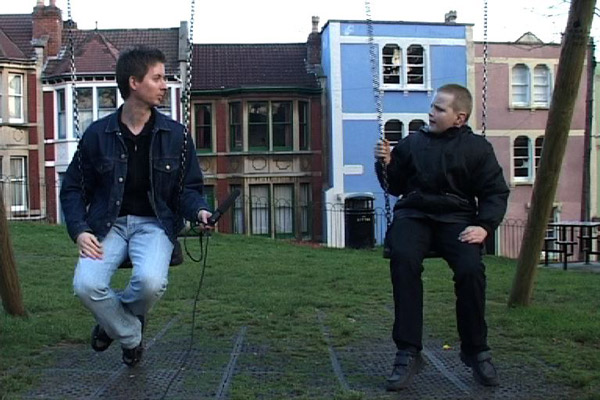 the ballad of vicki and jake

Vicki, a single mother struggling with addiction, and her young son move from a homeless shelter into a council house which brings with it new problems. The story shifts to the relationship between Vicki and the filmmaker, neither of whom will give up their search for a happy ending without a fight.

“the ballad of vicki and jake” was filmed in Bristol, England from October 2003- August 2004. It was originally envisioned as a ten-minute documentary about how the lives of Vicki and her son, Jake, change when they are given a council house after becoming homeless. Michael Croucher, executive producer, decided the film was a feature-length documentary after viewing the eight hours of footage taken on Jake’s 12th birthday.

The film was awarded the “Prix du Canton Vaud” at the 2006 Visions du Réel international documentary film festival in Nyon, Switzerland with the following jury commendation:

“An intelligent and honest film…the jury was moved by the film’s fairness, the risks it takes and how clearly the film respects its subjects without question.”