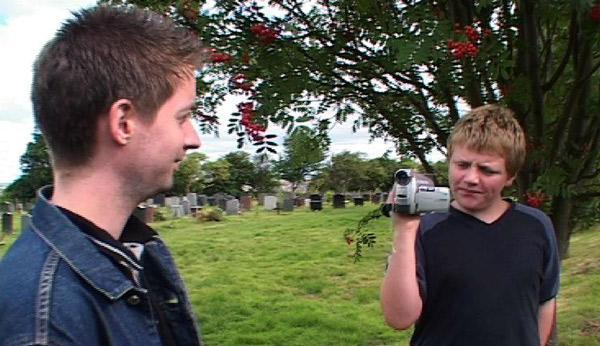 Colin teaches in the University of Bristol’s Faculty of Arts, on the oldest running Film & TV Production course (1956) in British Universities.

His love for the ‘Human Story’ has developed over many years. He is currently Directing and Shooting a Documentary film about a man who was abused as a child, and who suffers with Tourettes and OCD. The man is also registered Blind.

Colin reflects, “Despite all the ‘complications’ in this man’s life, he is blessed with an engaging sense of humour, and a talent for writing beautiful classical music; of which he is self taught. His passion now is to find an orchestra to play his music”.

From a very young age Jake’s ambition was to become a Firefighter. After moving to North Wales he joined the local branch of Young Firefighters. He later became a Leading Fire Cadet.

Jake’s ambition has now been realised. Earlier this year he started a career in the Fire Brigade.

Jake enjoys sport, and last year he took part in the ‘Welsh 3000s Challenge’; to walk up 15 mountain peaks in 24 hours.

Jake informs us, in his humorous, and in a very modest way (!), “I am a really good Cameraman with ‘natural skills!!”

Yes, this time we have to agree with him. These natural skills can be seen in a selection of his shots as the 2nd Camera in our film, ‘Jake, not finished yet’.

Born in America, Ian was awarded an MA in Film and Television at the University of Bristol in 2004.

He has lived in Japan for 8 years and currently lives in Tokyo.